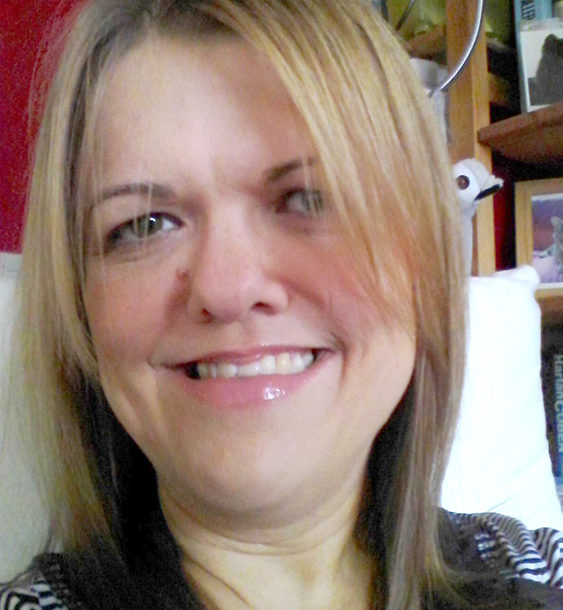 Amy Collins had never given a thought to the possibility that she could get lung cancer. Then, aged just 36, the unthinkable happened when she was diagnosed with the disease. Now she’s on a mission to raise awareness that lung cancer can affect anyone, of any age…

“I was diagnosed with lung cancer on the 3rd January 2018. It was stage 4, and at that point I already had bone metastasises on my pelvis and a rib, with recent spread to another rib and my liver.

I had had an irritating cough for 6-8 weeks in late 2017, but didn’t think it was serious enough to go to the doctor as it wasn’t a constant thing. Eventually I asked the pharmacist for advice and they insisted I went to the GP.

I was diagnosed with a post viral infection as I had had a cold previously. However, five days later I woke up with severe chest pain. I couldn’t move without screaming in agony, so I rang 111 who sent an ambulance.

After a few tests in A&E, including a chest x-ray, I was diagnosed with a chest infection and given antibiotics. Then, two days later, I was called by a consultant in A&E who had reviewed my notes and wanted to do a CT scan as a precaution to ensure that I didn’t have a blood clot. To everyone’s surprise, it was then that they found a mass in my left lung.

I was extremely shocked and it took months to sink in, especially as a lot of the time I felt well. The only times I didn’t feel well were generally after a session of chemotherapy.

Before my diagnosis I was only mildly aware of lung cancer. Whenever I heard someone talk about it, it was always in the same breath as smoking and, as I never smoked I didn’t think I pay as much attention to it as say breast cancer, where you are constantly told the symptoms to look out for and occasionally hear of cases in younger women due to the publicity. I never realised people my age could get lung cancer, as well as people who had never smoked.

I was asked several times by the medical staff during my diagnosis pathway if I had ever been a smoker. I told them ‘no’ every time, and that I had only ever had an odd cigarette, mostly as a student that I stole off friends (but that probably amounts to about 12 in my whole life time, as I actually hated it!). At times, I wasn’t sure if they believed me.

It’s made me realise there needs to be much more awareness that anyone can get the disease, whether they have smoked or not, and it’s not just older people. That one of the main reasons I wanted to get involved with Roy Castle Lung Cancer Foundation.

Amy is speaking as our Patient Advocate at our Newcastle Information Day to be held on 24th July. For information about this event, and all the others we hold across the country, please visit our website at www.roycastle.org/informationdays