Some people can reach out and touch the lives of others in an extraordinary way – connecting with people they’ve never even met.

Dave Stringer had that ability. A bright, caring and astute man, Dave honed his gift for making money stretch like double-jointed elastic over the course of his lengthy career with one of Britain’s best-known financial institutions, the Halifax bank.

That canniness with cash was deeply ingrained, hence his nickname ‘Stingy’ Stringer. Renowned for being reluctant to waste a penny, he was also much loved for his warm heart and generosity of spirit to family and friends.

Following his diagnosis with lung cancer in November 2016, he decided to squeeze as much enjoyment and experience of life as possible from whatever time he might have.

Launching his online blog, he wrote: “2017 is now a year of opportunity. Perhaps my only opportunity to see more of the planet.

“I intend to travel while I’m able to do so. This blog documents some of the thinking, planning and doing that goes into things, as well as sharing other events that may happen in my life.
“So far, I’ve visited Malta, Slovakia, Iceland, Slovenia, Montenegro and Northern Ireland. Then New England, Chile and the USA South West.”

Dave’s devoted readers were treated to frank and often hilarious descriptions of his many trips, the physical challenges he faced – and his unabashed delight when his shrewdness saved him a few bob!

He became quite the social media star, with Twitter followers including England cricketer Michael Vaughan and rock musician Nils Lofgren.

The sheer pleasure he took in sharing his adventures shines out. Recalling an epic trip to the USA, he wrote:

“My son Chris joined me on a trip to Yellowstone. What a wonderful place that is. We took a loop route out of Denver through Colorado Springs, the wonderful Pagosa Springs (a place to enjoy natural hot springs), Chris slept through the magnificent Ouray and Silverton but we both got a kick out of white water rafting the Colorado River at Glenwood Springs before heading to Grand Teton, Yellowstone in all its splendour and a drive over the extraordinary Beartooth Pass.”

Dave knew how to work a deal. How to get the most from vouchers and loyalty schemes such as British Airways’ Avios points. Reading his blog is a masterclass in financial wizardry, how to play off one offer against another – and above all, how to have fun doing it!

Reflecting on trips with his partner Rachel, he wrote:

“This year’s flying has been amazing. First class (thank you Avios) to Boston and back, a beautiful experience. Feeling looked after in the BA Boston lounge, a particularly nice feeling. The £130 a bottle champagne, also very welcome…Grand Siecle something or other.

“Business class on Iberia to Santiago with exceptionally attentive service. Regular rioja top-ups. Strange Spanish style food. And perhaps the most comfortable I’ve ever felt on a plane. Santiago to Easter Island was also done in business class on LATAM. Then back to South West USA. Outwards with British Airways. Rachel inadvertently queue jumping to be told she’d been upgraded to first class. Brilliant moment.”

“There’s no doubt in my head that doing what I’ve done, going where I’ve gone and spending the money to do it has been the right course of action… I got it right”.

Dave, looking back on his life.

Dave’s mobility was restricted as his cancer spread into his back, making it difficult to walk. He was also afflicted by Bell’s palsy; the right side of his face drooped, his eye wouldn’t close, and “keeping liquids from slipping out of my mouth is an art I’ve developed to avoid looking like a dribbling fool”. Yet he kept on travelling, writing, and living life to the full.

A keen football fan, he devoted much of his time and energy to planning trips to watch Oldham Athletic home and away, invariably accompanied by son Chris.

Oldham’s fortunes were also at a low ebb, as they struggled for form throughout the season. Undaunted, Dave and Chris followed them through thick and thin (often more like thin and thinner), finding light relief in unlikely moments such as their visit to Oxford:

“The game ended goalless. The quality wasn’t great but somehow I found it highly entertaining. Partly due to the Oxford fan in the section next to us getting unbelievably angry. When an Oldham player escaped a red card for a wild high challenge, this bloke’s head nearly joined the International Space Station in orbit above the planet. He wasn’t happy at all! Next up, Walsall at home on Wednesday. Does it get any bigger than this?”

Throughout 2018, as his condition progressed, Dave’s blog focused increasingly on the day to day realities of treatments and hospital visits – and financial planning for his family. 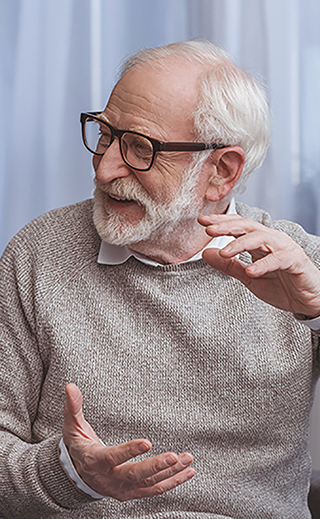 Courageous and unsentimental to the very end, Dave Stringer was a very special human being. His honesty, decency and unflinching courage continue to inspire all who read his words. As Chris says, “We’ve all been overwhelmed with messages about his blog and it seems to have touched and helped so many people”.

Last word to Dave himself: “Looking up at the night sky triggered more memories of my travels. The Atacama Desert in Chile’s north where I’d witnessed the planet’s clearest night sky with Chris. A night on a ranch in Utah where I got a real kick from Rachel’s excitement at seeing the Milky Way in all its glory.

“There’s no doubt in my head that doing what I’ve done, going where I’ve gone and spending the money to do it has been the right course of action… I got it right”.

That you did, Dave. Thank you for everything.