Home / News / I need to correct you there…

Did you see our ambassador, John Ryan, on Sky News on Saturday morning talking about our Follow my Lead campaign? Given by what happened during the interview, it is a message that desperately needs air time…

It is wonderful to see lung cancer featured on the national news. One presenter was clearly astonished at the statistics around the disease; the shock clearly visible at the number of people diagnosed each day.

He also rightly recognised that many of the outrageous and insensitive things said are often because people don’t know what to say.

The same, sadly, cannot be said for his colleague however; her first words could in fact have made our top 10 most outrageous list – “Without smoking, there is no lung cancer.”

It left us gobsmacked and, in all honestly, enraged. The purpose of the campaign, and therefore this interview, was to find a better way to talk about lung cancer and here was one of the briefed presenters instantly bringing it back to smoking, and to blame.

John, ever the professional, provided the perfect, and far more accurate, response:

“I’ve got to correct you on that one. People who don’t smoke get lung cancer and it doesn’t really help someone if they’re being blamed for something.

It seems to be the thing that people focus on. But instead of focusing on what’s caused it, we should focus on how we can help.

This, along with John’s earlier remark that ‘we have two ears and one mouth so we should listen twice as much as we speak’, still appeared to fall on deaf ears when the conversation continued to focus on smoking: “Lung cancer is so intrinsically linked to smoking. What can we do to stop people from smoking?”

The presenter is not wrong. Smoking does cause lung cancer and we should do everything we can to help people to stop. We are not denying this. But the presenter repeatedly missed the purpose and aim of Follow my Lead.

However, in missing the point, it clearly demonstrates the need for this campaign. We need to find better way to talk about lung cancer. A language that is comforting, not awkward. That is sincere, caring and supportive, not judgemental.

What we, John and the Follow my Lead campaign is saying is we need to cut the clichés. We need to stop the clumsiness. We need to end this blame game and support the people who are living with this, the 47,000 people who are diagnosed with lung cancer every single year.

John summed it up perfectly, ending the interview by saying:

“If someone is going through lung cancer, be the difference. Think about what you’re saying and be there for them.” 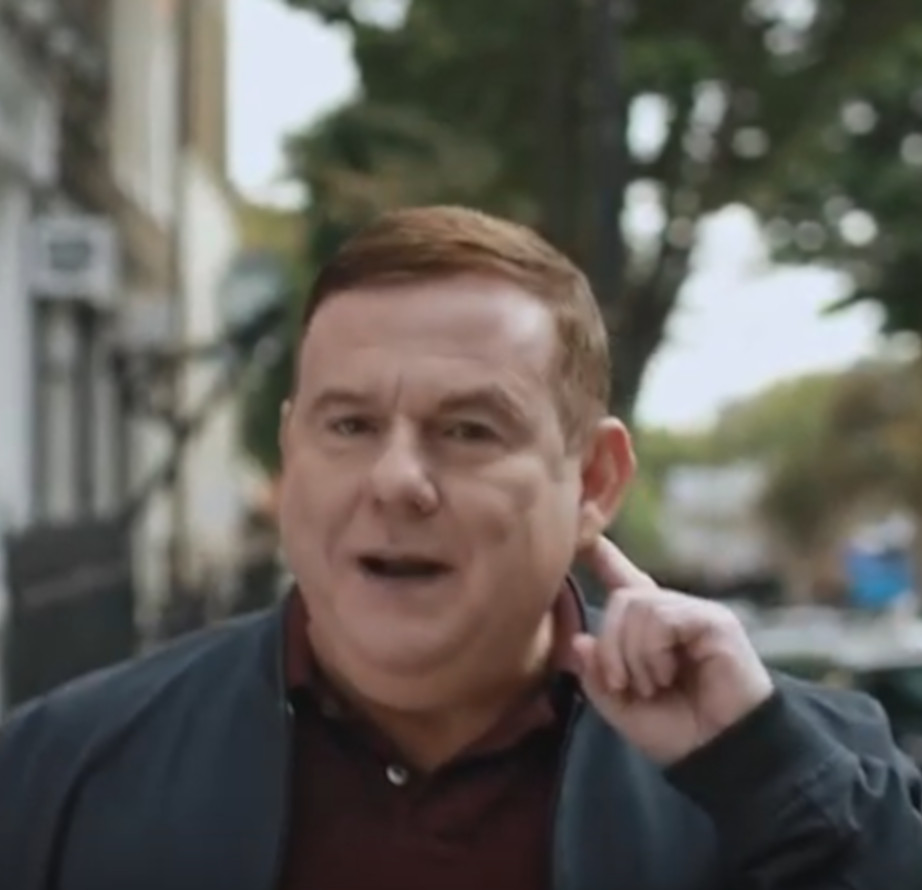 Help us be the difference

Watch and share our Follow my Lead poem and let’s move away from the finger pointing and towards compassion.