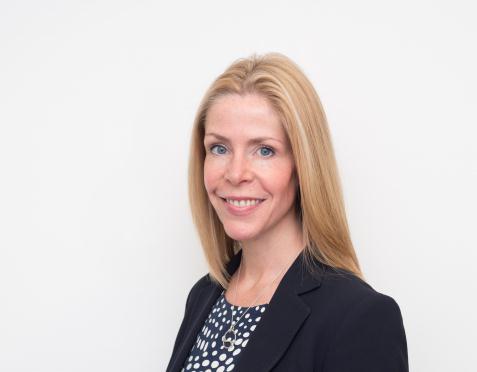 In the UK, approximately 10 million adults smoke cigarettes.(1) Many of these people would like to stop smoking and are actively trying to quit, and an increasing number of them are turning to e-cigarettes as an alternative.

Whilst a cancer diagnosis often acts as a very strong motivational tool to help many quit smoking, a recent audit by the Beatson West of Scotland Cancer Centre found that 2 out of 3 lung cancer being treated with curative intent with radiotherapy or combination chemoradiotherapy admitted to still smoking during treatment.(2)

Research carried out for Public Health England suggests that e-cigarettes are 95% less harmful than tobacco and can help smokers to quit, yet some experts, including the British Medical Association, say the benefits and harms are not yet known since e-cigarettes are still relatively new. This is why more research needs to be done in this area. It is vitally important to fully understand the role e-cigarettes can play in improving the lives of those living with lung cancer.

This research is important for patients like Tom, a lung cancer survivor from Glasgow, who said, “As a smoker at one time and ultimately being diagnosed with lung cancer, I can understand the difficulties some people have in trying to stop smoking. This study hopes to show that using e-cigarettes instead of tobacco can improve the benefits of treatments, leading to better outcomes for lung cancer patients.”

Roy Castle Lung Cancer Foundation are committed to researching the role that e- cigarettes can play in helping more people who continue to smoke, even after a lung cancer diagnosis.
This is why Roy Castle Lung Cancer Foundation has teamed up with Professor Linda Bauld and her research team at the University of Stirling, along with Dr Stephen Harrow a consultant clinical oncologist at the Beatson West of Scotland Cancer Centre.

Dr Harrow explained the background to the research: “Few lung cancer patients who are current smokers at the time of diagnosis are able to give up prior to starting, or even during their treatment for various reasons. There is emerging evidence that continuing to smoke tobacco during treatment could compromise treatment outcomes, recovery and quality of life. E-cigarettes may be an alternative option for those patients and have a positive impact on their cancer care.”

Professor Bauld added: “Patients diagnosed with lung cancer who continue to smoke may have tried to stop smoking many times in the past, including with established smoking cessation aids, but failed. Electronic cigarettes, while not currently licensed as medicines, may provide a more attractive alternative to these patients and help with stopping smoking during treatment. This study will explore how acceptable, feasible and useful they are for lung cancer patients. We would like to thank Roy Castle Lung Cancer Foundation, patients, our researches and all involved in this important ground breaking research. We hope that it will lead to some vitally important findings to help those living with lung cancer.”

Dr Jesme Fox, Medical Director at Roy Castle Lung Cancer Foundation, made further comment: “The Foundation is delighted to be funding this trial and we eagerly await the findings from Professor Bauld and Dr Harrow. We need to understand more about the role that e-cigarettes can play for those living with lung cancer and this trial will do just that. We wish the team the best of luck at the start of this ground breaking research project.”

If you are interested in learning more about the study please contact Lesley Sinclair, the project manager on: L.A.Sinclair@stir.ac.uk

Most e-cigarettes contain a battery, an atomiser and a replaceable cartridge. The cartridge contains nicotine in a solution of either propylene glycol or glycerine and water, and sometimes flavourings. When you suck on the device, a sensor detects the air flow and starts a process to heat the liquid inside the cartridge, so it evaporates to form water vapour. Inhaling this vapour delivers a hit of nicotine straight to your lungs. Unlike “traditional” cigarettes, they do not contain the many dangerous chemicals that can increase the risk of lung cancer, heart disease and stroke. E-cigarettes are now the most popular quitting aid in the UK and there is growing evidence that e-cigarettes can be effective in helping people quit smoking.

While data on their long-term safety is unavailable, expert opinion is that e-cigarettes are far less harmful than smoking. When used as intended, e-cigarettes pose no risk of nicotine poisoning. E-cigarettes release negligible amounts of nicotine into the environment, and no health risks to bystanders (e.g. passive smoking) have been identified to date. E-cigarettes offer the potential of providing a low-cost, effective intervention that could add to existing tobacco control measures and contribute to reducing smoking rates in the UK. Stop smoking services should actively engage  with smokers who are using e-cigarettes to quit. They can offer effective behavioural support as well as licensed stop smoking medications to smokers who choose to use e-cigarettes. From later in 2016, some e-cigarettes will be regulated as medical products and could be made available by the NHS on prescription.