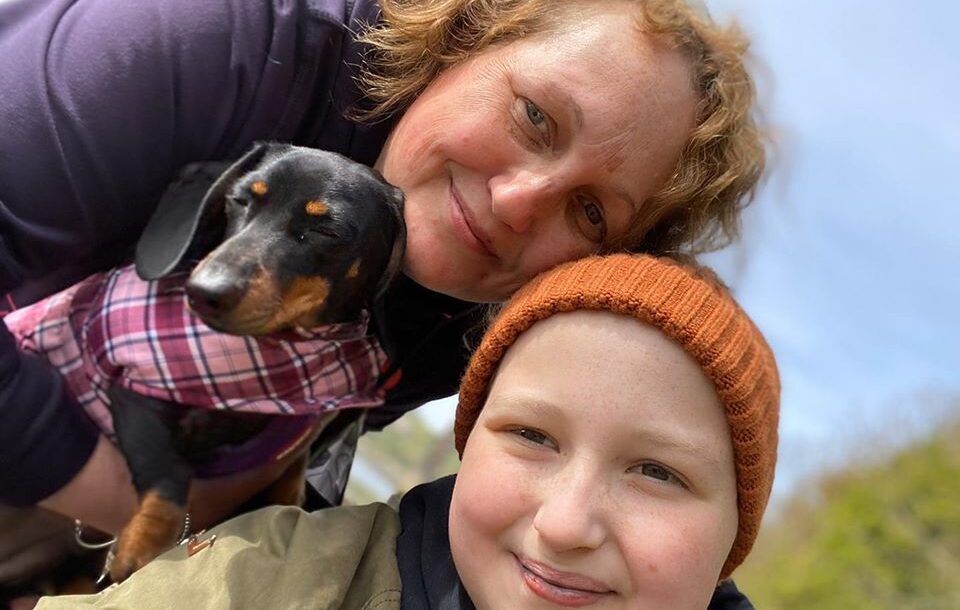 Over the Easter Bank Holiday weekend, hundreds of people across the UK took part in our Virtual Easter 5k in glorious sunshine. One of those taking part was Kirstie, along with her daughter, who were both recovering from having previously contracted coronavirus.

“I spotted Roy Castle Lung Cancer Foundation’s Virtual Run on Facebook and, although I’ve been fortunate to have never been affected by lung cancer, I thought it would be a lovely thing to support. I had initially planned to run it with my best friend and running buddy Julie, hoping to make it a great start to Easter Sunday, but social distancing stopped that and then so did my health.

My husband Shane was the first of us to catch coronavirus. We were trying to be so very careful as our daughter, Alyssa, was only 5 months post-stem cell transplant so was classed as high risk. She had received one of the Government letters telling her to isolate for 12 weeks.

As a telecommunications engineer, Shane is classed as a key worker. We’re not sure where he picked it up from, but it wiped him out for four days. He had a tight chest, a bit of a cough, breathlessness, loss of taste, headache as well as fatigue. He couldn’t even open a bottle of coke.

A few days later Alyssa started coughing and became exhausted. Even walking downstairs from her bed to the sofa left her struggling to breathe. She completely lost her appetite and was admitted to hospital.

We were very worried as Alyssa’s immune system is still very suppressed after her transplant. We also later found out there was a shadow on her left lung and that it was pneumonia, which was terrifying.

I then too developed a cough and still have it, with a tight chest, aches, and absolutely no taste or smell for about a week.

We are used to isolation as Alyssa was on the bone marrow transplant ward for 12 weeks. I joined Alyssa in hospital, and it was very hard as we were on the dedicated paediatric coronavirus ward for eight nights.

I wasn’t allowed out the room so had to rely upon the nurses bringing everything we needed. We ran out of clothes as I’d only packed enough for a couple of nights and ended up ordering clothes and food with a next day delivery to the ward door!

When we eventually left hospital and feeling much better, I was still determined to complete the Virtual Run. On Easter Sunday I set out with Alyssa, who was in a wheelchair, and her miniature dachshund puppy, to keep me company.

Although I couldn’t run following our illness, we had a lovely walk around our beautiful town of Berwick upon Tweed, heading along the River Tweed, past the three iconic bridges and the North Sea. It was a lovely sunny day and we had a good chat and a laugh along the way. I had stupidly taken a route down a very steep hill then up another, making it a test on my arms and legs.

What was brilliant was that we passed families on bikes and dog walkers all shouting ‘well done’ to Alyssa on recovering from coronavirus as they had seen Facebook posts I’d put out. It felt amazing when we got back home.

For anyone thinking to take part in the Virtual Run – just go for it. It helps charities like Roy Castle Lung Cancer Foundation with much needed funds and helps raise awareness. It also keeps you fit and motivated, and at the end of the day who doesn’t love a medal!”