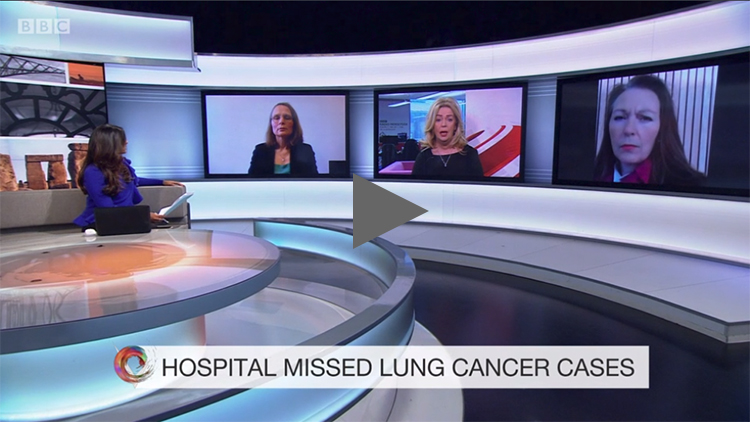 Three people whose x-rays were not checked properly were later found to have lung cancer, according to findings by the health watchdog the Care Quality Commission (CQC).

The CQC found that three patients at Queen Alexandra Hospital in Portsmouth suffered “significant harm”. Two of them have since died.

I can’t emphasise enough how important it is that we have early diagnosis which does mean rapid access to CT scans and chest x-rays but alongside that we have to have the investment in order to have enough radiologists, the specialists who read the scans.

Paula Chadwick, CEO of Roy Castle Lung Cancer Foundation, was invited to discuss the issues raised by the findings on BBC television’s ‘The Victoria Derbyshire Show’. She stressed how vital early detection is in properly tackling lung cancer and ensuring the best possible outcomes for patients.

The interview is available on the BBC iPlayer and starts at 32:45

Portsmouth Hospitals NHS Trust has made an ‘unreserved apology’ to the families of the three patients. The trust has a free phone helpline – 0800 7837118 – for anyone worried they may be affected.

Junior doctors at the hospital claimed they had been asked to carry out specialist radiology work without appropriate training. The CQC has now launched a review of NHS radiology services in England.

All NHS bodies have been told they must provide details about their backlogs, turnaround times, staffing and arrangements for routine reporting of images.