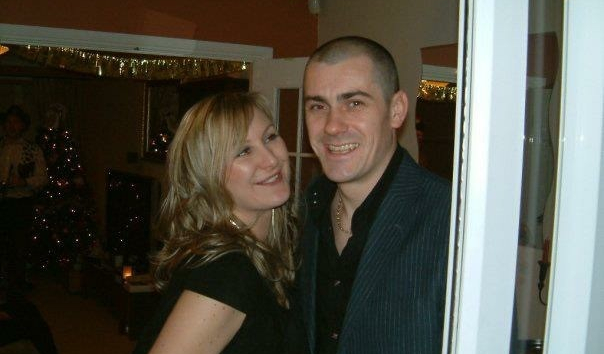 Christmas – it’s the most wonderful time of the year, right? But for many of us who have lost a loved one, Christmas is actually one of the hardest times of the year.

Nicola knows this. She lost her husband Paul in March 2017, three days after their son, Milo’s, birthday and two days before what would have been Paul 39th birthday.

Paul was diagnosed with lung cancer in May 2013, 10 months after he first went to his doctor with symptoms. He had surgery and his health improved but in July 2013, he and his family were received the life changing news that the cancer had spread and was now terminal.

Despite this, Nicola and Paul did everything they could to ensure life continued as normal. Paul remained committed to every role he had in his life: husband, father, son, friend, teacher, band member, football coach, cricketer… the list is endless. He did this even as his health deteriorated, right until his final breath on 30th March 2017.

Nicola never expected to be a widow at such a young age. Lost at what to do, she started writing as an outlet for her grief, penning raw and honest blogs on life after Paul. We’re sure many people can relate to her brave, brave words:

“Before my husband died aged 38, I was always sure things would work out for the best and I didn’t worry too much about the future. I was a problem fixer and looked for the positive in every situation. We had been together since we were 17 and I knew that we could get each other through any dark times and during those 22 years together we did.

Now I find myself without what feels like literally my other half and I feel like I’m on the other side of life. Not the other side as in the afterlife (if you believe in it) but the other side of living. It’s been just over a year now and my son and I are continuing with everyday life as normal: school, shopping, football, days out, holidays, seeing friends, work (sort of!) and so on but it’s lost its glow for me. I can look forward to plans made and even enjoy myself but it’s an effort to be the person I was before, the one that people expect to see and the only one I know how to be. I might look the same on the outside but trust me, underneath I’m very different.

I’m also now faced with fears that didn’t occur to me before he was gone like: being old and alone (I’m 40!), ageing, losing other loved ones and getting seriously ill myself. All of these are natural concerns, but I always felt safe with my husband and thought he could fix me if I was broken; I’ve learnt the hard way that this isn’t the case. I’m broken now and he’s not here and when he needed fixing I was incapable of making him well again.

“People tell me I’m courageous and an inspiration but I’m not. When you’re on the other side of living you are just trying to survive because you have no other choice. You can’t lie in bed all day crying for the rest of your life, even if you want to. I’ll keep going because I know he’d want me to and every day I make it through is a day closer to seeing him again.”

Who am I now? A survivor. An unwilling survivor of lost love. A wife with no husband. A mother trying to fill the void of a father (and failing!) A heartbroken woman who had the fairy tale and is now trying to rewrite it. Wish me luck…”

You can read more of Nicola’s story by following her on Facebookhttps://www.facebook.com/Reluctant-Widow-409552796122758/