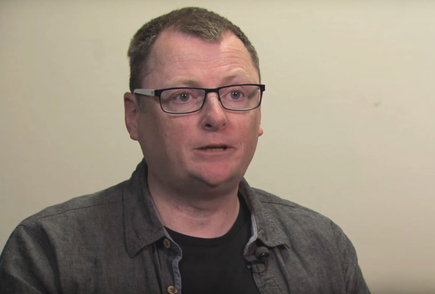 “This is very good news for patients with this particular type of lung cancer. Targeted therapies such as osimertinib can represent a new option for many patients.

“While it does not offer curative treatment, it can stop cancer from spreading, or, in some cases, even shrink tumours. And, as it’s an oral treatment, it allows people to carry on with their daily lives.”

The SMC announcement confirms that: “Osimertinib (Tagrisso) was accepted for the treatment of non-small cell lung cancer (NSCLC) following consideration through the SMC’s Patient and Clinician Engagement (PACE) process for medicines used to treat end of life and very rare conditions. The PACE meeting heard that osimertinib is better tolerated than other current treatments and is taken orally, factors which can allow patients to lead more normal lives and possibly return to work”.

Lung cancer patient Tom Simpson, 47, has been told that he may be a suitable candidate for osimertinib as his disease progresses.

Mr Simpson, a director of a national chain of opticians, lives with his wife and two children in Stonehaven, Aberdeenshire. Diagnosed with stage IV NSCLC in August 2014, he currently receives a biological therapy. He has been able to return to work on a part-time basis, but has been advised by his medical team that eventually his present therapy will no longer be effective at holding back the advance of his lung cancer.

For many patients in a similar situation, prior to the availability of osimertinib, the next step after conventional treatments falter would be palliative care.

“When the present drug is no Ionger effective I would have a life expectancy of around eight months.

“Assuming I have the EGFR T790M mutation, I will be eligible for osimertinib, and that gives me hope. Prior to this decision by the SMC, I didn’t have that hope.”