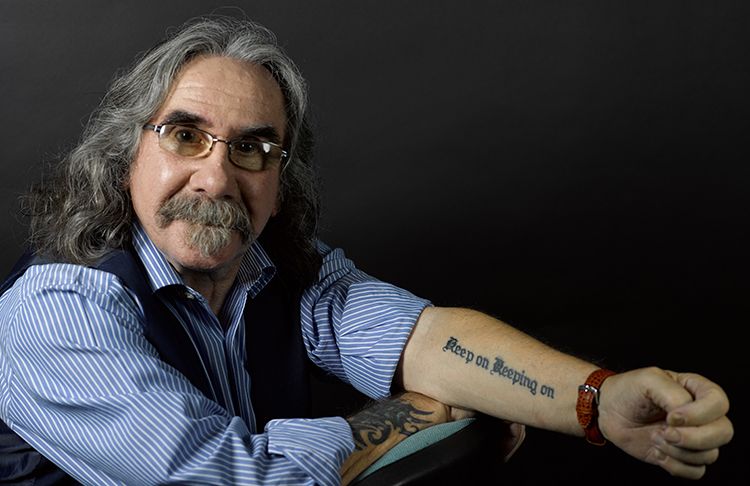 A new study has revealed a potential explanation for why small cell lung cancer (SCLC) becomes resistant to chemotherapy, as well as identifying biomarkers that could be explored as a possible diagnostic tool.

In recent years, patients with SCLC have been like ‘onlookers at the feast’ as new treatments such as immunotherapies have come on line for non small cell lung cancer (NSCLC). So it’s high time there was fresh hope on the horizon for those with SCLC and those who love and care for them. Small cell lung cancer accounts for around 15% of all cases of the disease.

As associate professor Dr Lauren Byers, the principal investigator on the study, points out, treatment options for SCLC are limited. She said, “Most patients respond well to platinum chemotherapy initially but relapse within a few months. There are no highly-effective second-line therapies”.

Overall, treatment for SCLC has changed little for many years. As with all types of lung cancer, the key to more successful treatment and better outcomes is early diagnosis, so fresh ways to spot SCLC at an early stage would be very welcome.

The new study was carried out at the University of Texas MD Anderson Cancer Center. Its key findings were presented this week at the 2018 Annual Meeting of the American Association for Cancer Research, which was held in Chicago.

One of the problems with trying to investigate SCLC is that tissue samples are in short supply as few patients undergo another biopsy or surgery at the time when their cancer recurs.

To get round this, the Texas research team developed new disease models. They took blood samples from SCLC patients and then extracted circulating tumour cells.

These cells were then grown in the lab into tumours representative of the patient who provided the sample, so each model was unique to each patient. These models could provide ways to assess treatment response to new targeted therapies, as well as changes that may occur in response to therapy.

“In recent years, patients with SCLC have been like ‘onlookers at the feast’ as new treatments such as immunotherapies have come on line for non small cell lung cancer (NSCLC). So it’s high time there was fresh hope on the horizon for those with SCLC and those who love and care for them.”

Another member of the study team, Dr Allison Stewart outlined how they were using these tumour models to investigate a hypothesis as to why SCLC becomes resistant to chemotherapy.

They are looking into how differences in the expression of genes and proteins between tumour cells – called intra-tumoural heterogeneity (ITH) – contribute to resistance to chemotherapy. It seems that some tumour cells in SCLC patients are killed off by chemotherapy while others are not. Resistant cells then continue to grow – and prevent further response to treatment.

The study shows that scientists now need to investigate ITH in greater depth to clarify whether it drives some of the pathways that lead to SCLC becoming resistant to chemotherapy.

The team also found that SCLC tumour models sensitive to chemotherapy had more cells that express two genes, ASCL1 and DLL3, while those that were resistant to chemotherapy had fewer cells expressing those genes or had undergone a process known as EMT which has also been shown to play a role in resistance in other cancers. This could lead to developing a biomarker for SCLC, a potentially useful diagnostic tool for identifying the disease.

Dr Stewart said, “Cells expressing each of these characteristics were identified across all tumours, suggesting cells sensitive or resistant to chemotherapy are both present in the same tumour. However, even subtle shifts in the distribution of these genes can exert significant impact on response to treatment”.

It’s a very long way from a tumour model in the lab to real applications for patients, but none the less it’s encouraging to see some promising lines of research into SCLC. It’s an indication that there may be brighter prospects for SCLC in the near future. Let’s hope so.